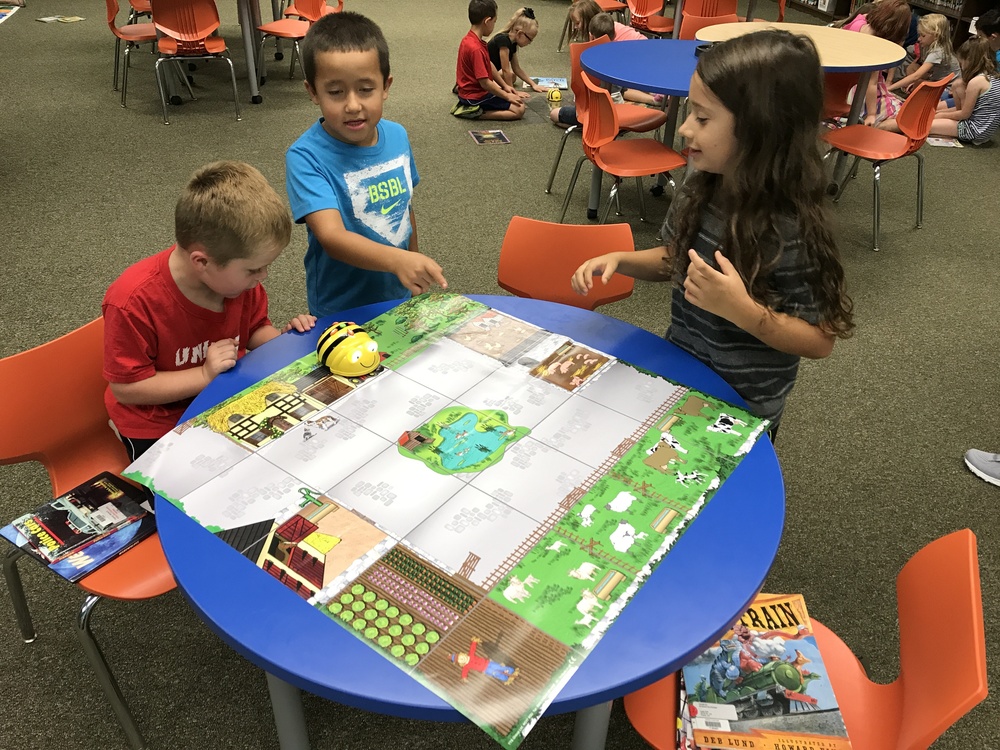 If your United student one day offers to take apart your computer to determine what’s wrong with it, don’t laugh. Nor should you panic. Students in the United School District, from kindergarten through 12th grade, now have access to new technology resources that will introduce them to robotics and coding in kindergarten and enable them to build on that knowledge in every grade and curriculum.

The new technology, which will be housed at United North Elementary School in Alexis but will benefit the entire district, is funded by a grant from the Looser-Flake Charitable Foundation in the Quad Cities. The grant was categorized in part for students in Mercer County. Given that the district’s student population encompasses students from Mercer County, United was eligible to apply, and received funding based on the number of Mercer County students within the district.

The grant, totaling $5,365.04, funds a large supply of items for a “Makerspace” A Makerspace is a designated area – at United Elementary it’s the Library – where students have hands-on “making experience.”

The technology supplies were chosen to benefit all age groups said United North’s Technology/Library Teacher Vanessa Witherell. It was she who applied for the grant for the district. The items will be checked out from United North and travel to schools throughout the district.

“The focus of our Makerspace was on technology Makerspace—such as robotics for hands-on coding experience and cameras for stop-motion animation videos,” Witherell explained. “So the goal of a Makerspace is just to give kids the opportunity to have the resources to be creative. A lot of Makerspace focus is on the design process or design thinking.”

The new resources include the following.

*Bee-Bots are small coding robots, mainly to be used by K through 2nd grades. Students code their small robots to move from one place to another using directional coding involving arrows. It stimulates computational thinking for problem-solving.

*Sphero robots are robotic balls that students can code with Chromebooks. They can code the ball to travel in any direction at any speed and to change colors.

*Kano Tablets will require students to assemble the tablets in order to work.

“The kids learn about the inside parts of a tablet or a computer as they build it,” Witherell explained. “Then they can actually use the computer or the little tablet to do a coding activity and a few other activities on them. Then we can take it apart and another group can rebuild it.”

*Keva Planks are simply wooden blocks that students will use to build structures and to examine structural integrity. They can also be used with the robots as students build ramps and courses. Students can create pictures by laying the blocks flat. Different groups will take on different challenges to determine who can build the tallest or strongest structures.

“The possibilities for those Keva Planks is just unlimited,” Witherell said.

*Makedos are tools and reusable items such as reusable screws to enable students to build larger cardboard items with safe supplies.

*A Cubetto is similar to the Bee-Bot except that the coding is done via a separate board.

*Ozobots can be coded in multiple ways with color or on a computer. They can be another hands-on activity applied to any curriculum in the classroom. For example, students can use the ozobots to map out a story board with the use of lines and colors.

*Snap Circuit Kits will enable students to learn about circuitry, such as what is required to complete a circuit and what conducts electricity.

*Hummingbird Kits are mainly for Junior High and High School students and possibly the fourth and fifth grades. They involve true robotic building, beginning with the circuit board, Witherell said.

“The students are very excited about stop-motion animation because of Legos,” added Witherell.

*Sphero Chariots will allow students to snap a holder onto the Sphero balls so the balls can carry items.

“This is a new movement,” Witherell said of Makerspace learning. “Makerspace is a fairly new trend in education, but it has really exploded in the last five years. It’s bringing creativity back into education.”

Students don’t get a lot of opportunities to build or make items, so having such resources in a designated space that all can access gives students the opportunity to take their learning to a new level, Witherell said.

“For example, if we help a grade level that might be studying dinosaurs do some coding with the Hummingbird Kit, they could make their own little robotic dinosaurs,” she added, laughing. “It can bring anything to life.”

Teachers in other schools have used such supplies and coding to code characters from books.

Witherell said it was a “no-brainer” when it came to determining what the district needed and wanted. She has had to borrow many of the same supplies in the past and knew how they could be integrated within the district and how beneficial they would be.

They are critical for the students.

“It teaches them perseverance through challenges because they don’t know it all,” she continued. “And they don’t always get the opportunity to persevere with a hands-on activity that is challenging for them.”

It is the process – not the outcome – that is important in the use of many of these tools, she emphasized.

“It’s quite a learning experience because even the smartest kids have the hardest time with coding sometimes because they think logically, but it can be such an abstract thing and requires so much creativity at times,” she continued. “It’s usually the students in the middle of the road or sometimes the lower-achieving students who have the most success with something like this.

“So, it gives all students a chance to be successful in their own way,” she said.

Teachers will appreciate such technology because it just gives them another way to reach students, she continued.

“Not every student loves math,” she said. “Not every student will want to code. But if they see some of these connections, the students who don’t love math may suddenly understand it and appreciate it and learn to like it because of the coding experience that they have.

“The students who don’t like coding may see it as a creative opportunity and start looking at it in a completely different way.”

Witherell already has another technology project in mind.

“Next, you know what I want to do?” she continued excitedly. “Next, I want to make a small area called the Breaker Space, where they can break apart technology to find out what’s inside and look up the different parts online and find out what they’re for. That will be a really cool thing.”

Witherell said the district is very thankful to the Looser-Flake Foundation for providing the district with permanent resources. In past years, students have been very disappointed to see such resources leave the district while the students were still developing ideas for them.

“We are grateful for the opportunity to get the hands-on resources that our students have been craving,” she said.